Paul Yonemura has been playing and teaching music for more than 40 years. His drum studies began with Bay Area drummers David Bauer and Jack Taylor and his playing career started out in the booming East Bay Garage Band scene of the 1960s.

He went on to receive a Bachelor of Music from Berklee College of Music, studying with famed percussionists
Fred Buda, Joe Hunt and Alan Dawson and a Master of Music from Northwestern University as a conducting student
of John P. Paynter.

His recording credits include Art Van Damme By Request, Cathy Segal-Garcia Point of View and Dale Head
Swing Straight Up.  A previous release, First Flight Home, was the first album under his own name.  A new trio project
is currently in production for Girod Records®.

As an educator he has taught at all levels, from elementary school through college, including CSU Stanislaus,
El Cerrito High School, Portola Middle School, and Herbert Hoover Middle School in San Francisco.  His groups have earned numerous awards including winning the Monterey Jazz Festival in 1991 with El Cerrito High School.  Currently
a member of CMEA, he has served on the State Honor Groups committee and was also on the California IAJE
Board of Directors.

Retired from teaching, Paul remains active as a performer, mentor for Students Rising Above, adjudicating music festivals and guest conducting. 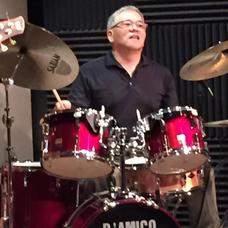